Changing the future of wildfires: Professors Domingos Viegas and Emilio Chuvieco recognised for their excellence in environmental research

The FirEUrisk project is an innovative initiative that brings together some of the most talented European scientists in the sector of fire research to develop and test effective methods to improve the approach on managing extreme wildfires. The coordinator of the project, Professor Domingos Xavier Viegas, and scientific coordinator, Professor Emilio Chuvieco, both have impressive careers and have shown sustained excellence in their research. Last month they were both recognised for their commitment and contributions to environmental research. 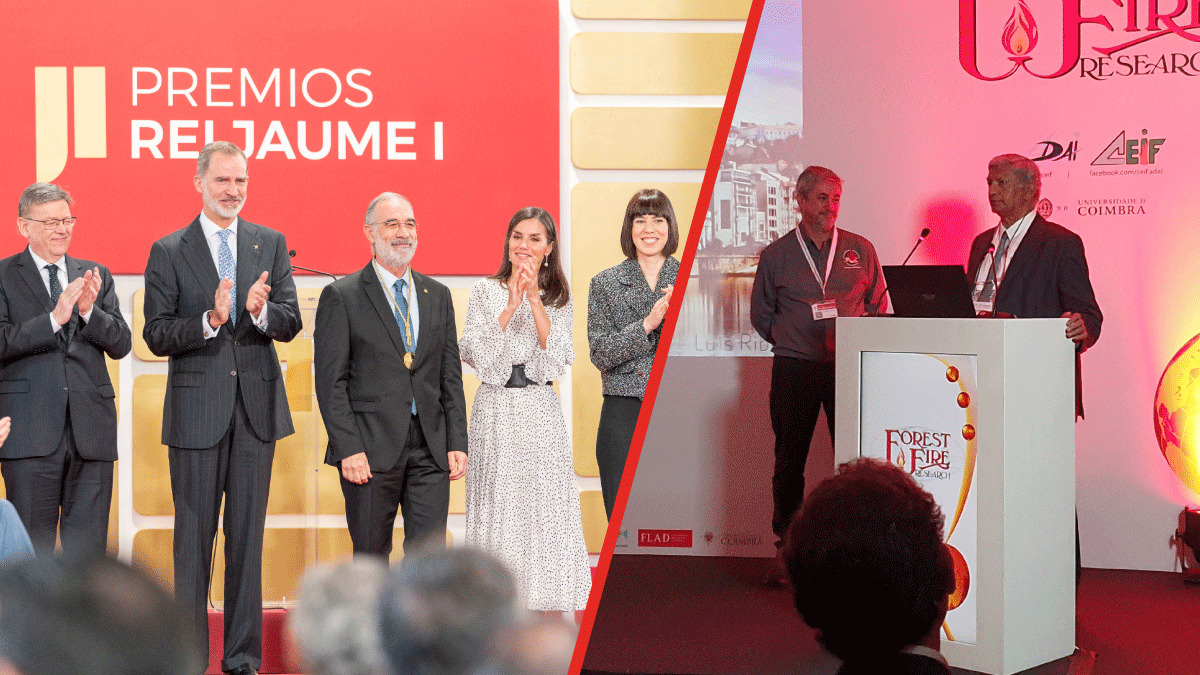 Professor Viegas, the first European researcher to be internationally recognised with the Ember Award

Professor Viegas was handed the Ember Award, the highest international recognition in the field of wildfire research, on November the 14th in the opening ceremony of the IX International Conference on Forest Fire Research. The conference gathered some 350 researchers from around the world to Coimbra, Portugal, to discuss recent advances in forest fire science and technology.

The award, attributed by the International Association of Wildland Fire, recognises the excellence of Professor Viegas as a wildfire investigator, and encourages innovation, exploration, application, and dissemination of important research results.  Professor Domingos is the first European scientist to receive this award. It complements other prizes and distinctions he has received throughout his career, such as the Batefuegos de Oro in 2006 and Fire Safety Award in 2008. 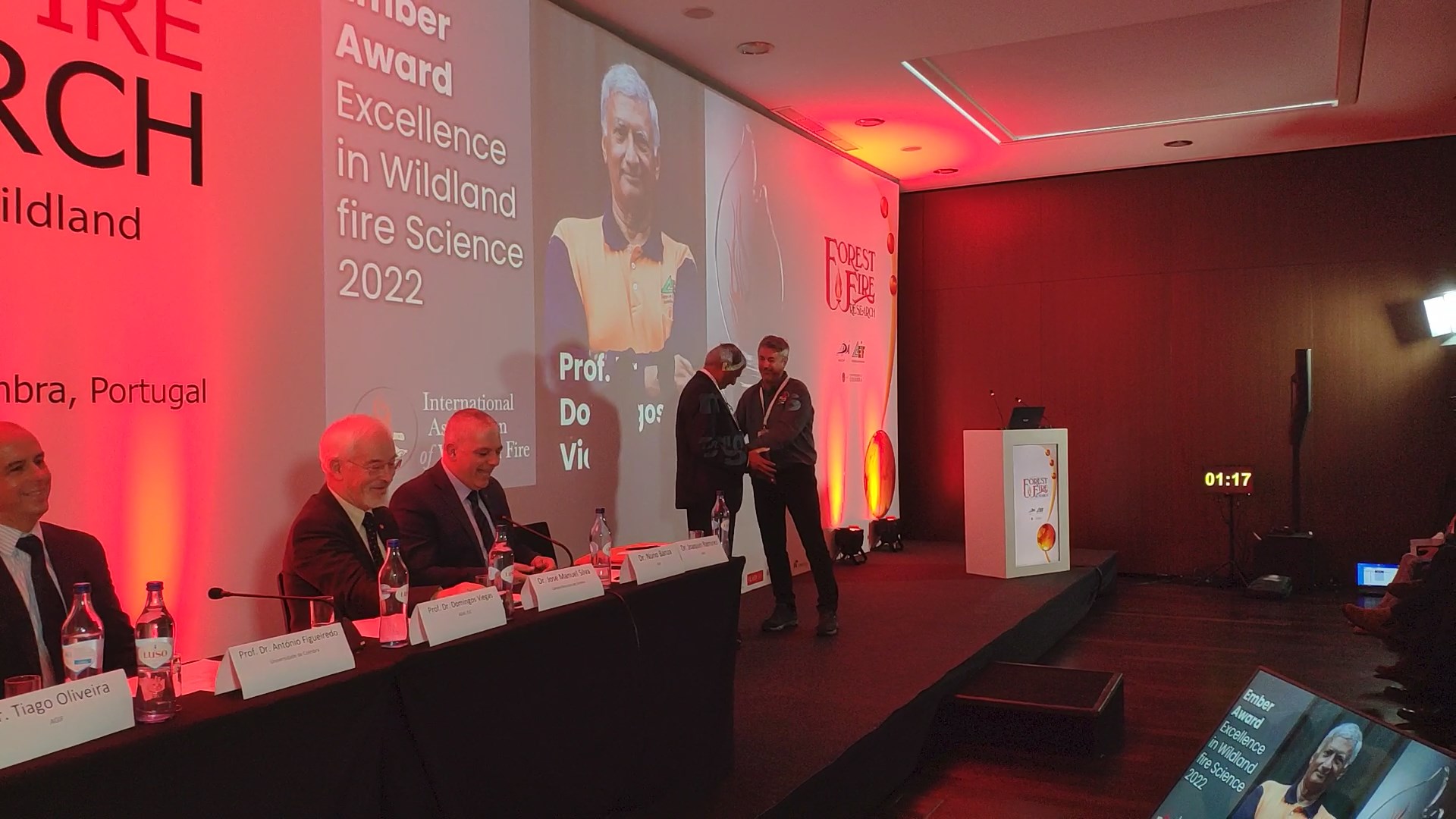 Professor Emilio Chuvieco, celebrated in Spain for his commitment and exceptional achievements in fire research

Professor Emilio Chuvieco, by unanimous decision of the award jury, received the King James I Award in the Environmental Protection category on November 25th. The Award recognises and celebrates exceptional achievements in Spain. Each award includes a gold medal, a diploma, and a monetary reward directed to impulse research and entrepreneurship.

The award is a testament of Professor Chuvieco’s career of advising PhD dissertations, leading research projects and contracts as Principal Investigator, and authoring numerous books and scientific papers. “His work has extended the application of geography to the analysis of the complex problems that relate to the environment and human development. This information is critical for the design and establishment of fire prevention measures in the increasing trend of global warming,” said the jury in its statement.

In the quest of FirEUrisk to respond to the challenges that the impending effects of climate change pose for wildfire risk, we are glad to count with two of the best European wildfire researchers. We congratulate both professors for their achievements and look forward to celebrating many more in the future!