Addressing the alarming wildfire situation in Europe in 2022 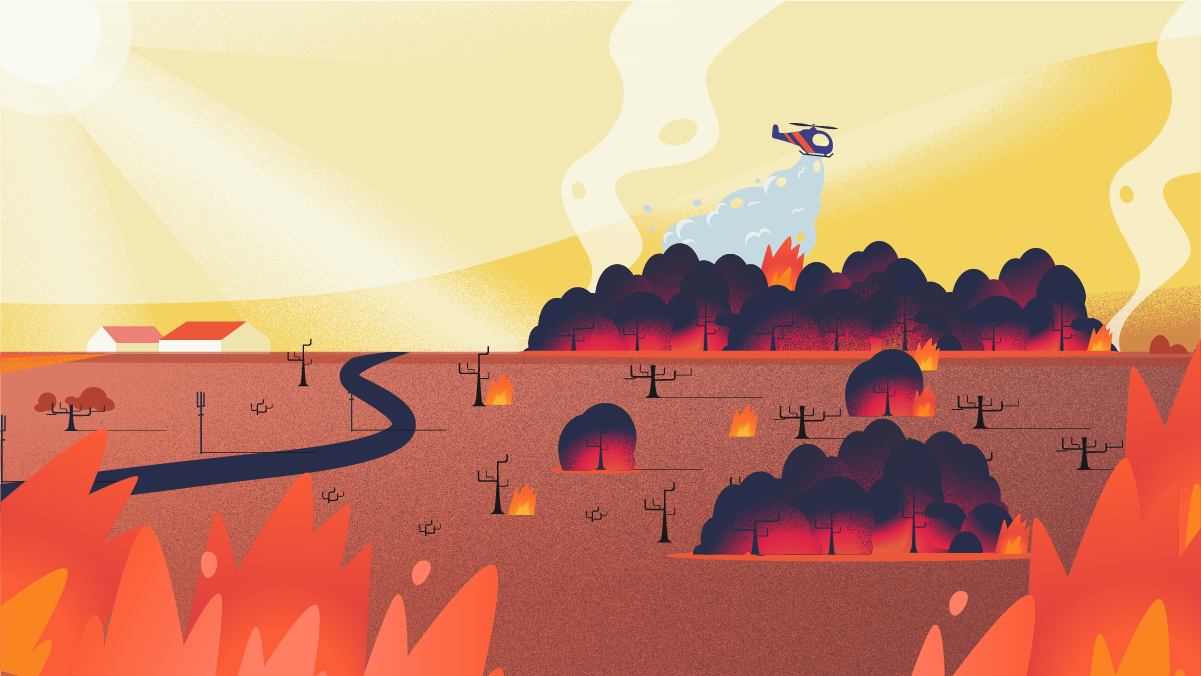 In this Summer of 2022, Europe is experiencing an extreme and prolonged combination of very high temperatures, droughts, and widespread fires. This is an alarming situation for the countries of Southern Europe, which are already used to high fire risk, that the fire potential accelerates rapidly with climate change. However, the situation is also critical in countries of Central and Northern Europe, where some regions experience unprecedented fire events.

The FirEUrisk project, supported by the Horizon 2020 Programme, has been working since April 2021 on the problem of large and high-impact fires, especially those that threaten the wildland-urban interface and put the life of citizens in danger. FirEUrisk promotes the much-needed integrated management of wildfires, elaborating risk assessment and reduction approaches against all aspects of risk concerning all stages of wildfire management.

One of the goals of FirEUrisk is to address future conditions that are expected in the E.U. due to climate and socio-economic changes. The current year’s events are evidence that some of the predicted changes, like the occurrence of prolonged droughts and heat waves, are becoming a “new normal”, indicating the emergence of predicted future climate scenarios that drive an increased wildfire risk in Europe.

At the end of July, Portugal was in a state of severe or extreme drought, as it never was during the past hundred years. The situation was aggravated by two prolonged heat waves that reduced the moisture content of the vegetation to very low levels, creating the conditions for a very rapid and intense spread of the fires. The currently burned area of 70,000 hectares is much larger than the values registered since 2017. In Spain, this year has been worse than the last 25 years (352 fires and 229,645 ha burned); France is also suffering an unprecedented situation with major fires not only in the Mediterranean area but also all over the territory and in the UK vegetation fires led to an unprecedented loss of houses in just one single day. Other European countries also experienced records in burned area, for instance, Romania with 740 fires and 149,997 ha burned so far1. In Greece, two national parks burned for weeks, leading to the loss of unique biotopes of rare bird species and blackening several thousand hectares of Natura conservation areas. The fire that spread from the Bohemian Switzerland National Park in the Czech Republic to the Saxon Switzerland National Park in Germany, consuming a place of great ecological and touristic value, is an example of transboundary problems that we intend to address in the project.

FirEUrisk members are monitoring the situation of the fires in each country carefully, supporting the work of the authorities, informing the public about the underlying causes of the problem, opening the dialogue on how we can create more resilient landscapes and how to recover from the consequences of the fires. As part of the lessons learned, we are paying close attention to the major fires that occur in 2022 to analyse them and better understand how the fires are spreading and how the population and authorities are dealing with them. The work by the FirEUrisk consortium will not only support a more effective and integrated fire management in Europe. It will also provide guidelines for improved training and increase public awareness to minimise the effects of wildfires on the threatened communities, economies and ecosystems in Europe.

The Steering Committee of FirEUrisk Project